How CloudCall can help recruiters in a changing market

Julie Calisir, MD of Search looks How the employment market is changing during uncertain times

When the scale of the threat posed by Covid-19 became clear, only fears around the impact to human health exceeded those around potential damage to the economy and with it, loss of jobs. Various government initiatives, not least the furlough scheme, kept afloat those Britons forced to abandon their roles. However, in the face of such a shock to the established order of the employment landscape, maintaining the status quo either during or after lockdown was always close to an impossibility.

In the time since late March, when Britain finally went under lock and key, we have observed and reacted to the assorted trends and developments, all of which point to a job market and recruitment sector that has shifted, perhaps forever.

The balance of power returns to the employer

Economic downturns precipitate job losses, this is an unfortunate and inevitable truth. As companies have had to downsize to protect their positions and with the furlough scheme set to be taken offline in October, those looking for work will grow in number, beyond what we have already seen.

As a large-scale, nationwide recruitment company, Search can take a deeper dive than most into the behaviour of the job market and our own datasets reveal a market in which supply of labour is steadily outstripping demand. For example, we found that compared to the same period in 2019, the response-to-application ratio (i.e. how many people apply for the same advertised role) from March 2020 – July 2020, showed an increase of 144% year-on-year.

For particular roles, when comparing the four months between March and July 2020, the ratio increase has been much more dramatic. Administrator positions, for example, saw a response-to-application increase of over 1,300%.

Though these figures appear to be outliers, across the job market unusually large ratio increases have been common. It is employers who now have the luxury of choice.

The ascendancy of the remote worker

The picture of the post-lockdown jobs market is more complex than there simply being more people looking for work. More roles have also now become remote.

Businesses that employ mostly desk-based staff have found that these employees can carry out their duties productively from home. As those who began working from their lounges and spare rooms have quickly gotten used to video-conferencing meetings, collaborating on documents over the web, and organising themselves and others over email and phone rather than in person. These practices have quickly become normalised. From a recruitment perspective, it means that employers can now look beyond commutable distances to fill roles where a physical presence is no longer required.

Such a shift to the normalisation of remote working had been widely predicted to happen at some point in the future anyway, Covid-19 has merely expedited the inevitable.

Tech takes over the recruitment process

Recruitment is a sector that has traditionally been very much ‘hands-on’. With candidate interviews, training, and monitoring, as well as client liaisons, all, for the most part, taking place in person before the pandemic, it is a sector that has had to make a quick and radical shift itself.

Across the business, we already used video-conferencing technologies, but they were deployed mainly as peripheral tools, more for emergency meetings or as last resorts. Lockdown brought them front and centre and they have since become critical to our business’s overall functionality.

Using a recruitment industry-specific video-conferencing tool, we were able to establish virtual assessment centres that performed with a speed, efficiency, and versatility that even the most optimistic amongst us couldn’t have predicted.

Furthermore, the technology allowed us to send links to candidates who could then join ourselves and clients on video calls wherever they happened to be. So long as they had an internet-ready device and a strong enough connection, interviews can happen quickly, safely, and from any location.

The technology also allows candidates to record videos of themselves discussing their skills and experience. These are shared with employers along with their CVs who can then acquire a more comprehensive picture of a candidate and avoid wasted interviews. The overall process itself has become quicker and is a more convenient option for all parties.

We have since found that an increased usage of this video technology is not only speeding up the entire end-to-end recruitment process but is actually improving it. It has become more agile, more content rich, and – for client and candidate alike – more convenient.

The importance of managing expectations

Though the balance of power may have shifted to the employer, it is vital we continue to serve those workers who are looking for employment and unable to work remotely.

These are amongst the most uncertain times we have ever lived through and the uncertainty is a long way from being over. Recruitment companies have a duty to provide as much support as possible to those in between employment. That means keeping lines of communication open, providing feedback where appropriate, supporting candidates with training, and encouraging them to explore other sectors where their skills may be transferable.

Adapting to the shift, not resisting it

The shift from a candidate-led jobs market to an employer-led one, the shift to remote working, the shift to a digitised recruitment process, these aren’t just happening, they have happened. Resisting the changes in the hope that everything will soon go back to normal isn’t just futile, it’s reckless and irresponsible.

In many respects, what we are witnessing is the future brought forward and failing to adapt could mean failing generally. A fact that goes for client, candidate, and recruiter.

Artificial Intelligence (AI) is one of the fastest-growing and popular data-driven technologies being used all around the world. A recent report from Cognizant revealed that almost a fifth (18 per cent) of UK organisations are already in the advanced stages of AI maturity, with the number of firms proficient in the use of various AI technologies expected to jump further over the next few years.
Read more
Longer Reads

Over the past year, cyber threats targeting the online recruitment industry have grown exponentially and should be a front of mind concern for recruiters - if they aren’t already. With the global economy said to have lost out on $3.7tn in earnings throughout the pandemic and the UN's International Labour Organization stating that 8.8% of global working hours were lost in 2020, it’s needless to say jobs are in high demand.
Read more
Longer Reads

2020 ushered in a new era of work for all of us. Around the globe we have had to embrace remote and hybrid working – learning new ways to collaborate and communicate with our colleagues.
Read more
Longer Reads

Whether you’re upskilling your existing team or bringing in fresh talent, apprenticeships can be an excellent way of driving innovation and providing your teams with the latest skills and fresh ideas.
Read more

How CloudCall can help recruiters in a changing market 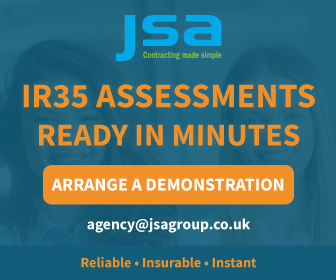 A New Future of Work

Fusion for all employees

BE UPDATED WITH ALL THE LATEST NEWS AND SPECIAL ANNOUNCEMENTS